Sapporo, Japan - September 1, 2022: Today, SmileBoom is pleased to announce that "RPG Developer Bakin", an RPG creation tool without the need for programming knowledge, will begin Early Access on October 3, 2022 (PDT) through Steam at a price of $69.99 (USD).  At the same time, we will also be offering early purchase discounts and discounts for SMILE GAME BUILDER users, as well as releasing information on the paid DLCs that will be available when launching Early Access. 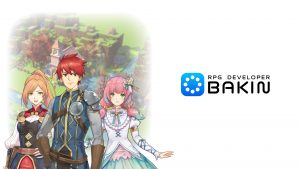 "RPG Developer Bakin" is a game creation tool that combines ease of use and high features, making it easy for anyone to create games inspired by "your world".  It includes a map editor that allows you to create maps as if you were playing a game, an event creation system that controls the game by simply arranging panels with functions, a database that provides detailed character status settings, advanced screen effect settings that can dramatically change sceneries, and many other tools.  Graphics and sound assets are also provided, so you can start creating "your game" right away.

You can export the assets included in SMILE GAME BUILDER and its DLC and import them into RPG Developer Bakin for your use.

The following three DLCs and a bundle of these three DLCs with "RPG Developer Bakin" will be available at the same time as the Early Access launch.

This is a pack of building parts and interior decorations that can create the world of the Western world.  A set of six gun models and a locomotive will also be included.

There are 283 models and parts for exterior, interior, plants, etc., and variations for some models (171 variations total).  It comes with 16 prefabs that combine parts and eight sample maps that place them together. 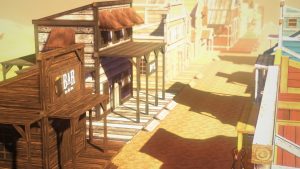 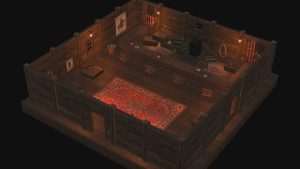 This pack includes building parts, interior decorations, and plants that can create mysterious spaces with ancient-style architecture, such as a masonry temple or a mysterious altar.  There are 118 models and parts for exterior, interior, plants, etc., and variations for some models (18 variations total).  Six sample maps using these data are also included. 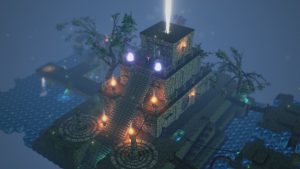 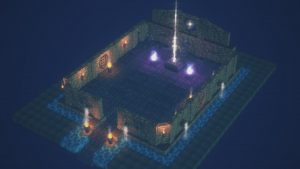 This pack contains a total of 117 models, including structures such as buildings and stores that can reproduce modern cityscapes and lifestyles, parts to reproduce district scenery such as cars and vending machines, and interior models such as home appliances and sofas.  Seven sample maps are included.

(The Modern City Pack is a set of models and sample maps created to improve the roughness and quality of surfaces by adding normal and mask maps to the [Modern City Pack] sold as DLC in SMILE GAME BUILDER.) 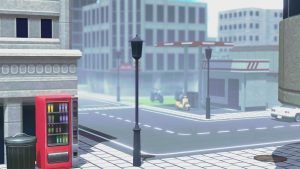 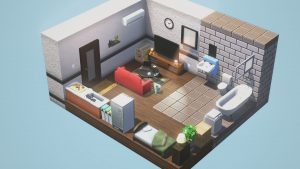